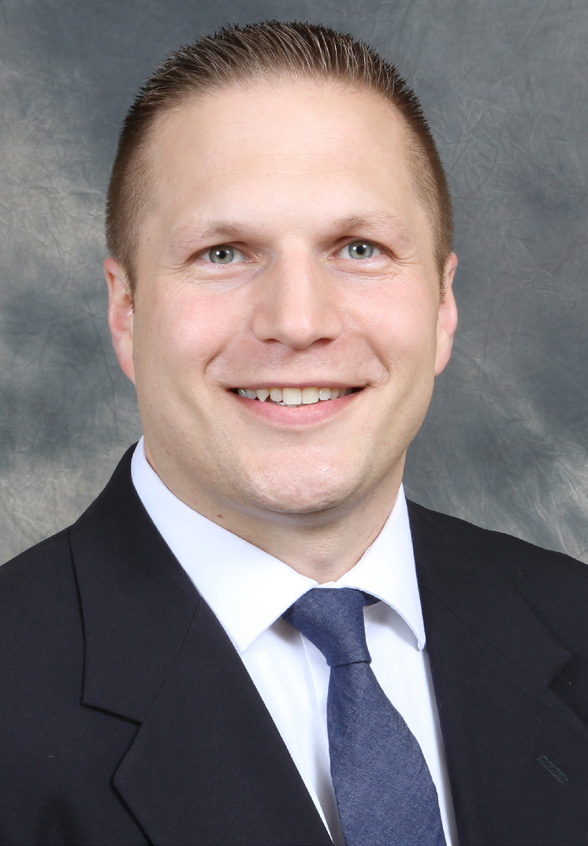 Andrew Okolski is the Director of Credit Union and
Municipality Strategies at The Baker Group. He works
directly with clients in a broad range of areas including
ALM, education, portfolio management, interest rate risk
management, strategic planning, regulatory issues, and
wholesale market strategies for credit unions. Before joining
the firm, he spent fifteen years building and managing a
financial strategies group at a New York broker/dealer
with a specific focus on the credit union industry. Andy
holds a Bachelor of Business Administration Degree from
Long Island University – C.W. Post.

Ann Thomas has thirty years of experience in bank accounting and control. She received a BA in Accounting from the University of Houston in 1982. From 1982 through 1997 she worked with Judith Alexander Jenkins, as Alexander & Associates and subsequently Alexander & Leavelle, providing planning, financial reporting, regulatory reporting, and operational and compliance auditing services to over ninety independent banks. In 1998, she organized Thomas Consulting. At Thomas Consulting she now prepares bank plans, monthly financial reports, performs regulatory compliance audits and training and internal control audits for several banks. Additionally, she prepares and reviews Call Reports for several banks. Ms. Thomas has taught numerous call report seminars for state banking associations. 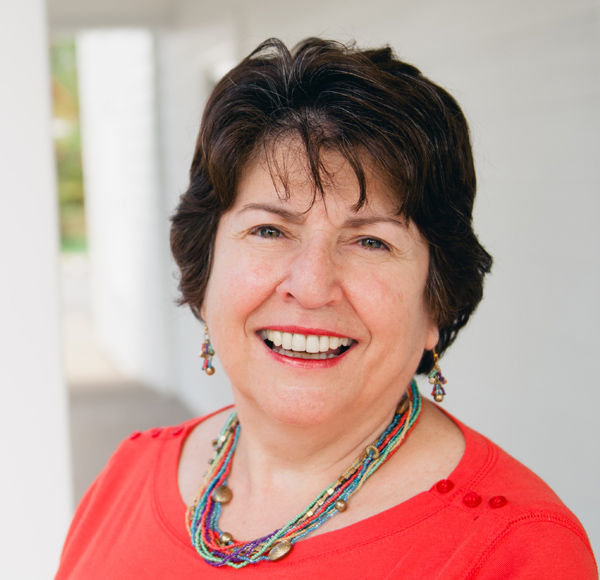 Bernie Deem brings a new perspective to HR with her fresh insights and unique ideas for solving old problems. These abilities, combined with her extensive expertise and knowledge, led Bernie to be twice honored by the Society of Human Resources Management (SHRM). She is one of only two individuals to have received the Charleston SHRM HR Award of Excellence and recently was named the HR Professional of the Year, an award bestowed by the WV State Council of SHRM.

Bernie is a frequently requested speaker and is best known for her engaging style and high energy. Some of her topics have been: “The Seven Secret Reasons Employees Sue,” “Personnel and Employees from Hell,” “HR Secrets I Only Tell My Friends,” and “Building High Impact Relationships." Her presentation on “We Don’t Hate You, We Just Want You to Leave” is the result of research she conducted on how to minimize the odds of a lawsuit based on using a technique she developed called "The Graceful Exit." Bernie is also a published author, having written articles such as “Frequent Mistakes Made by Small Business Owners,” “Five Simple Rules for Dealing With a Marginal Performer,” and “Motivating Without Money.”

Bernie also serves as an expert witness for both defendant and plaintiff cases, as well as a case evaluator. Her experience with investigating, analyzing data, and writing depositions, combined with her special ability to articulate her perspective has led to her success. She has used this experience to create a dynamic presentation on unlawful harassment, a training she has conducted over 50 times using her testimony to emphasize the havoc and expense that can come to a company as a result of improper policies and processes.

She has also served as an instructor for the SHRM Certification Exam, The Conference of State Bank Supervisors, and for the West Virginia School of Banking. She has presented for both the National Business Institute and Lorman Education Services on topics such as "Writing Legal Job Descriptions," "Conducting Effective Terminations," and "Discipline and Documentation in West Virginia."

She also works as an executive coach for high-level employees with great potential who have a limiting behavior.

During her rapidly-promoted corporate career, she gained experience in recruitment, affirmative action plans, employee benefits, payroll, training and development, employee relations, and salary administration. This experience resulted in her being named the Vice President of Human Resources at One Valley Bancorp, a financial services holding company which grew to over 2400 employees with over 100 locations, comprising 17 mergers. She was also named Sr. Vice President for Sales in the Retail Division of the bank, part of a team that led to the quadrupling of sales in 16 months.

Also known for her collaborative work style, Bernie left the corporate world and founded DeemHR in 2000. She has specialized in building client relationships with retainer services that provided access to HR portals and customized HR processes as well as unlimited phone calls to DeemHR consultants.  DeemHR grew to over $200,000 in sales over a 10 year period.

In 2013 DeemHR, merged with Wes Mar HR (owned by Sharon Boyce-Werdebaugh in Bridgeport) and Zach Abraham (of Wheeling) to create AlignHR, LLC, a new HR company that would emphasize high-quality service with a personal touch. 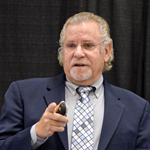 Bob Mellinger, CBCV, is the founder and president of Attainium Corp, which he launched to deliver business continuity, emergency preparedness, and crisis management services. For over 30 years, Bob has provided business solutions and strategic guidance to associations and commercial enterprises.

Bob is a frequent speaker on the topics of business continuity, contingency planning, emergency preparedness, and crisis management, delivering sessions ranging from The Basics of Continuity Planning to the Impact of Today’s Threats and Hazards, as well as customized, interactive mock-disaster tabletop exercises known as the Disaster Experience. He has been a guest lecturer at the graduate level on business continuity and emergency preparedness at George Washington University, Florida Atlantic University, Massachusetts Maritime Academy, Southern Adventist University, Virginia Commonwealth University and the University of Delaware.

VISIT FLORIDA, the official tourism marketing corporation for the state of Florida, has engaged Bob to design, develop and deliver multiple seminars on hurricane readiness for the state’s hotels, meeting planners, and Convention & Visitors Bureaus.

Bob is a graduate of the University of Dayton with a major in Computer Science, has a graduate certificate from George Washington University’s Institute for Crisis, Disaster, and Risk Management achieved a Certified Business Continuity Vendor (CBCV) designation from DRI International and is an avid fly fisherman. 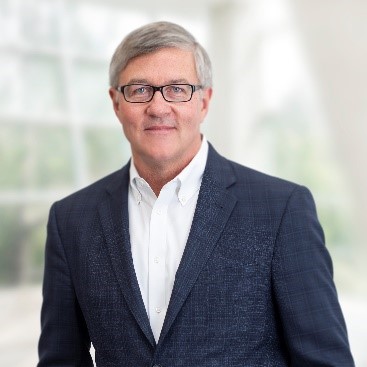 Bob is a Managing Director in Chatham’s financial institutions business which specializes in interest rate risk management for regional and community banks.  He is a frequent speaker at industry events and serves on the faculty of the ABA Stonier Graduate School of Banking.   Prior to joining Chatham in 2003, most of Bob’s 20 years in commercial banking were focused on bringing “swaps to Main Street”, helping to start the derivatives operation at Maryland National Bank and expand the derivatives effort at SunTrust Bank. He graduated from the College of William and Mary with a BA in Economics and has earned the Chartered Financial Analyst (CFA) designation. 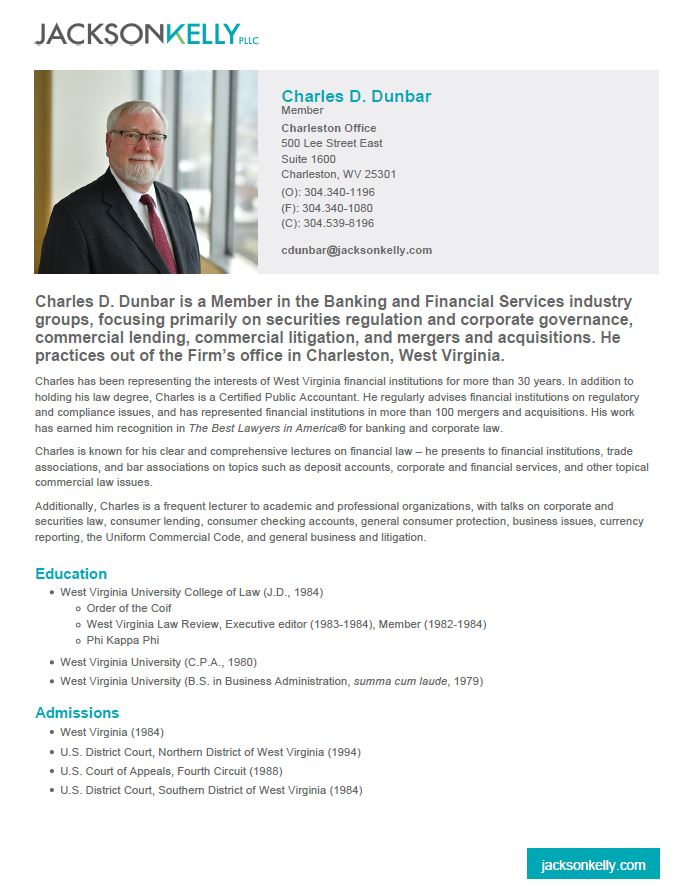 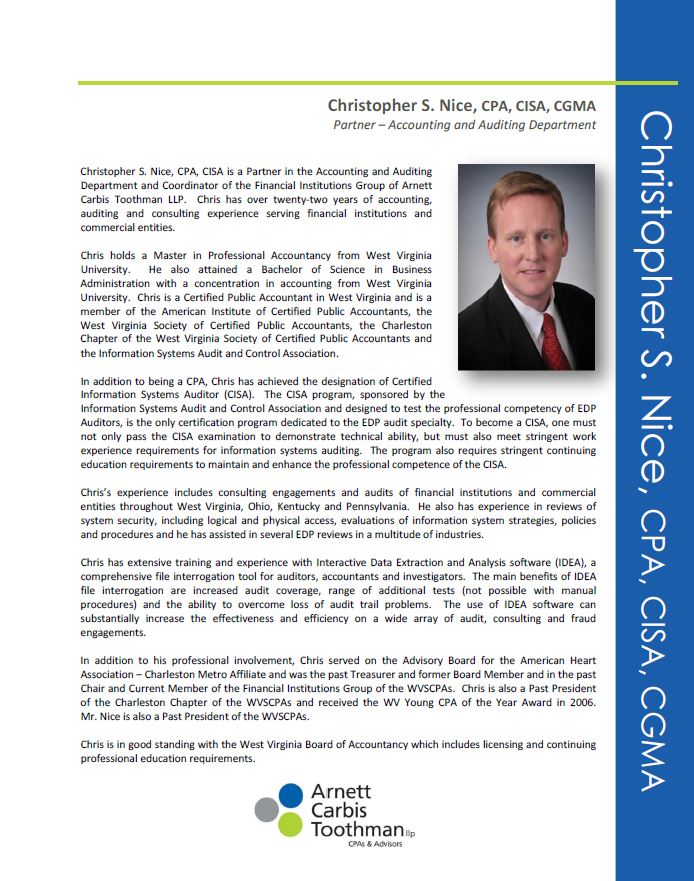 Chuck Stump is an “Enter-Trainer”. Since 1996, he has presented over 1,500 fun and informative workshops and keynotes in the areas of leadership, individual and organizational behavior, client care and communication. Over the years, Chuck has developed a reputation for making a lasting impression and creating memorable experiences for his clients. His engaging, high-energy, interactive style makes participants the center of attention, and a deep library of experiential exercises teaches participants how to take “ownership” of their actions and improve results. Chuck is a graduate of West Virginia University with a BS in Marketing.